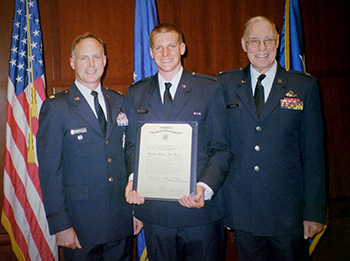 This year has become a year that no one anticipated and, I think it’s safe to say, that none of us wishes to repeat. From the pandemic to the election debacle, we have seen our nation pulled at the seams. But in the midst of it all, we must always remember that we are still “one nation under God, indivisible, with liberty and justice for all.”

God continues to bless our nation with freedoms that much of the world does not have. A tool (or perhaps better said: an institution) that God uses to ensure that our freedoms remain is our military. Since the founding of the United States, it has been the men and women who have given of themselves—some giving the ultimate sacrifice—that make America the land of the free.

We are blessed as a people, living on the service of those who have gone before. This Veterans Day, it is right and good to remember our veterans, their families, and their sacrifice.

Posted in Chaplain News, From the Director, Military Chaplains, Ministry Highlights on November 10, 2020.