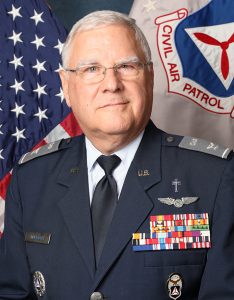 Col. John Murdoch has been named chief of the Civil Air Patrol Chaplain Corps. This is the second time he will be filling that role, previously serving from 1996 to 1998. The chaplain corps of the Civil Air Patrol, the official auxiliary of the United States Air Force, oversees the moral and spiritual welfare of CAP members and guides them in living out its core values.

Maj. Gen. Mark Smith, CAP national commander, who made the appointment, says Murdoch “is exceptionally qualified in many regards.”

Murdoch is the former director and endorser of Regular Baptist Chaplaincy, having retired in 2015. He has also served as deputy chief of chaplains for CAP; chaplain for the Indiana State Police, the Howard County (Indiana) Sheriff’s Department, the Indiana Wing, the U.S. Service Command, and the International Association of Evangelical Chaplains; and pastor in Indiana and Pennsylvania. He is a member of Bible Baptist Church, Kokomo, Indiana.

Regular Baptist Chaplaincy endorses about 100 chaplains, 10 (including Murdoch) of whom serve with CAP.

Temporary Building for Church in Congo

In Bertin Mwema's area of Congo, rain has meant that his church can no longer meet ...more