The Lord is still in control, and nothing—including the fall of Afghanistan—happens without His permission. 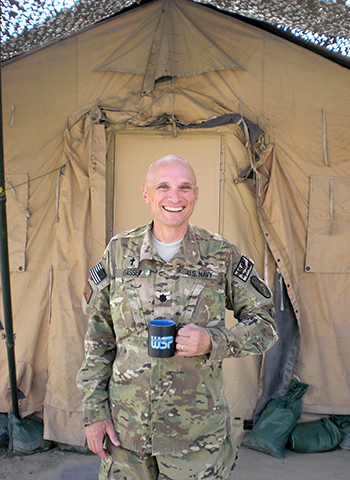 The Taliban’s shock-and-awe campaign has left us stunned, embarrassed, and confused. How could 20 years of American treasure, blood, and sacrifice be undone in a week’s time?

We’re rightly disturbed that an organization advocating worldwide terrorism and a brutal application of Islamic law is back in power. And now, almost exactly 20 years after 9/11, the Taliban has enhanced prestige and resources after appearing to triumph over the world’s greatest superpower. It’s hard to see this as anything less than a complete disaster by any strategic, political, or humanitarian measure.

We can debate whether the U.S. and our NATO partners should have continued our limited role in Afghanistan. And we can rightly criticize the policies of both political parties over the past two decades. But there’s no question that the way we exited could not have been worse. It’s a train wreck, leaving thousands of Americans stranded in a hostile environment and thousands of Afghans (who trusted us) at the mercy of the Taliban. As a result, our enemies are emboldened and our allies are perplexed. The way this exit was managed (or rather, not managed) will leave a stain on our current leaders and our country for years to come.

On a personal level, I’ve been in touch with veterans (U.S. and Australian) I served with in Afghanistan. We’re all struggling to make sense of the sacrifices both we and our families made, and we’re increasingly asking, Was it worth it? I can relate with Vietnam vets who felt a deep sense of loss and betrayal as they watched Saigon fall to the Communists. I’m also left to wonder about the Afghans I met during my deployments in 2009 and 2014. Did they make it out, or are they still trapped? And what about the Christians (yes, there are Christians in Afghanistan), who will certainly face increased persecution? No matter how discouraged we are by the troubles overseas or here at home, please consider three truths you probably won’t hear on the evening news. 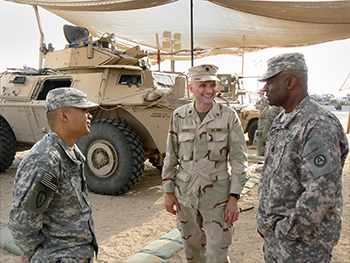 First, the Lord is still in control, and nothing—including the fall of Afghanistan—happens without His permission. And nothing happens without the promise that He will use even bad things for good ends for those who love Him (Romans 8:28–29). Through adversity, God makes us more like Christ and prods us to anchor our hopes in Him. Troubles remind us that this world is not our home.

Second, a word of thanks is due to all who have served (or have loved ones who have served) in Afghanistan. You kept our homeland safe. We’ve not suffered anything like the 9/11 attacks in 20 years, and our safety today probably would not be the case had we not displaced the terrorist training camps from Afghanistan. Even though the government fell, that doesn’t mean Afghanistan reverts to what it was in 2001. The average Afghan family has cell phones and exposure to the larger world. Many Afghans have benefited from training, education, and opportunities they would not have otherwise experienced. The median age in Afghanistan is just 18, so most Afghans today have not experienced life under the Taliban. Will the new generation accept repressive rule or resist? Only time will tell.

Third, we’re not helpless spectators as we watch nations unravel. God has given us the power to effect change in governments and to alter the course of nations through prayer:

“Therefore I exhort first of all that supplications, prayers, intercessions, and giving of thanks be made for all men, for kings and all who are in authority, that we may lead a quiet and peaceable life in all godliness and reverence. For this is good and acceptable in the sight of God our Savior, who desires all men to be saved and to come to the knowledge of the truth” (1 Timothy 2:1–4).

Paul reminded the churches that prayer is not only our privilege, it’s our very first duty. Let’s humble ourselves before the Lord and ask Him to bring peace to the nations. Leaders need our prayers, and even more so when we disagree with their policies. Let’s ask the Lord to work through (or in spite of?) leaders in both the U.S. and Afghanistan, to help those thousands who are trapped, and to bless the believers who remain in Afghanistan. May this time of trouble drive people to the Cross. Pray also for our soldiers, Marines, sailors, and airmen in Kabul who’ve been handed a very tough cleanup mission. Finally, please pray for revival in America. Perhaps our mounting troubles, both at home and abroad, will be the very thing God uses to bring repentance and redemption.

Lord, teach us to pray.