A Simple Expression of Gratitude: A Reflection on Veterans Day

A simple "thank you" gave one veteran and his family, perhaps, some justification, some rationale for the time being separated, the worry and the not knowing. 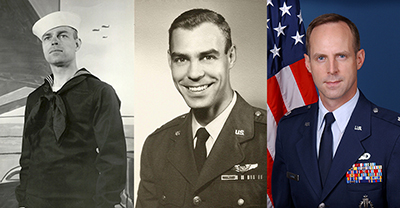 In 1918, on the 11th hour of the 11th day of the 11th month, the guns that rocked the European countryside fell silent. Years of war were declared over. Armistice Day, Nov. 11, was first recognized as an annual observance by Congress in 1926, and 12 years later became a national holiday. Sadly, the “war to end all wars” was proven not be, as a world war would again soon take place in the Pacific and across Europe. Ever since, each generation of Americans has had to shed its blood and treasure in defense of our country. In 1954, Congress passed a bill, signed by President Eisenhower, recognizing Nov. 11 as a day to honor all veterans who have answered our nation’s call, renaming it Veterans Day.

As the number of those who have served and currently serve dwindle, mainstream America is losing touch with its veterans. Family members who wore the uniforms of our armed forces become one more generation farther in the past. Photos and memorabilia get tucked away in boxes; replaced by different memories.

Both of my grandfathers served in the Navy in World War II; my father in the skies over both Vietnam and the Cold War. My war, too, was the Cold War, but also later in Iraq. And I fear my son, who is now serving, as are others of his generation, will no doubt have “their” war to fight as well. However, while registration for the draft is still required of young men on their 18th birthday, there has been no active draft in more than 4o years. Those who have served since then serve by choice—some out of a sense of duty and patriotism, others for personal reasons.

During the course of my career in the Air Force, I had the privilege to serve as the commander of a recruiting squadron. I was able to interact on a daily basis with young men and women looking for something new and adventurous, and perhaps something beyond themselves. Hopefully, those who did enlist found the satisfaction they were looking for. But my deeper hope is that those who choose to join the military find the satisfaction that comes from personal sacrifice for a greater good.

Today veterans are honored in numerous ways. Many businesses offer discounts on products and services or free meals. Some even do so year-round. Special ceremonies take place at sporting events and other community activities. These are all wonderful and appreciated gestures. But individually, how can veterans be honored? The first Veterans Day I spent at war was in Iraq in 2004. As far as the day itself, it was busy enough with its own demands that ironically I didn’t think much about it, and didn’t until I was flying home after my deployment ended several months later. Walking through the Dallas-Ft. Worth airport dressed in my desert camouflage uniform, I was tired and eagerly anticipated the reunion with my wife and sons, whom I had not seen for many months. But as I was walking to my connecting flight for the last leg of my journey home, someone passing by patted my shoulder and simply said, “Thank you.” It took a few moments for it to set in, and by the time it did, that person was absorbed back into the crowd. I don’t know if that simple gesture of gratitude was something they thought much of afterward, but to this day it still impacts me. A few years later, I would deploy to Iraq again and would be thanked by strangers as I walked through the airport. Each “thank you” is cherished and held close. But that first “thank you” carries a special memory. It gave, perhaps, my family and me some justification, some rationale for the time being separated, the worry and the not knowing. It was an unsolicited but genuine expression of gratitude that made all of it worth it.

As a citizen, I try to remind myself every day of the blessings my family and I enjoy, living in a country where the freedoms on which the foundation of our nation is built upon are still protected. And I make every effort to not take for granted that protection by giving thanks to those who serve by protecting our freedom. As a military retiree, I also celebrate Veterans Day by giving thanks that I was able to serve God by serving my country. My patriotism runs deep. That is what Veterans Day means to me.

Posted in From the Director, Ministry Highlights on November 10, 2015.

Next post An Expression of Gratitude: A Reflection on Veterans Day