The Wider Ministry of Chaplaincy

Chaplaincy is not an end it itself. It's only the beginning of a much broader ministry than one might have imagined. 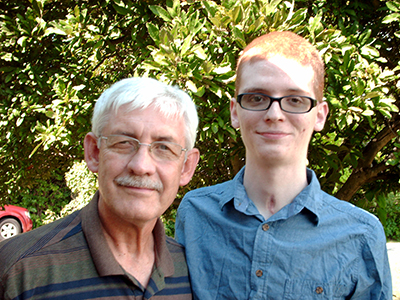 The first time Chaplain Laird Baldwin saw Nathan in the intensive care unit, he was barely alive, the fragile survivor of a horrible crash that took one life and left three young adults severely injured. All Baldwin could see of Nathan was a mass of tubes and the mask that partially hid his battered and bloody face. His eyes stared blankly in opposite directions. Doctors and nurses scurried about while Nathan’s mother hovered over him.

A doctor motioned Chaplain Baldwin aside.

“We can’t get to Nathan as we need to with his mother standing there. Can you get her out of the way so we can take care of him?”

With the help of the hospital chaplain, Baldwin convinced Nathan’s mother to step out into the hallway, where they could introduce themselves to one another. Thus began a relationship that continues to this day.

The first night in intensive care led to days and weeks of visits in multiple hospitals. Sadly, one of the victims died a couple of days following the accident. Hours in the hospital quickly turned into hours spent with grieving loved ones, many memorials, and the funeral.

Now a year later, Baldwin has become pastor to both families. He continues to have weekly contact and leads a Bible study in Nathan’s home. Nathan is looking forward to the day when he is improved enough to begin attending church. The second family has attended Vacation Bible School, a significant development, since neither family attends church anywhere. As the families continue to grieve and adjust to their losses, Baldwin’s church has taken part in comforting them and sharing the gospel.

As is evidenced by this tragedy, chaplaincy is not only concerned with its immediate duties. It frequently serves as a beginning of a much broader ministry than one might have imagined. Chaplaincy is not an end it itself. It’s only the beginning.