A New Normal for Ministry of Presence 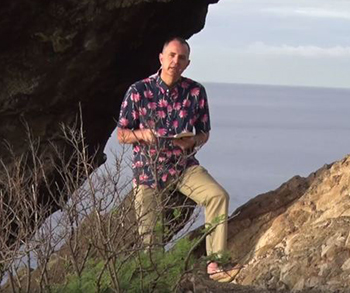 OAHU, Hawaii—At Wheeler Army Airfield, chaplaincy looks a bit different these days for Maj. Mark Worrell. For nearly the past two years he has led a Sunday morning chapel service at Impact Chapel, with the congregation gathered on base or, once a month, on Haleiwa Beach. But in light of COVID-19 restrictions, he has been livestreaming the service from his home.

For Easter Sunday, he recorded his sermon from a scenic location and from his home, where he led viewers, his wife and daughter, and his chapel’s two worship leaders in Communion. He encouraged viewers to celebrate Communion “in a spirit of saying, ‘Let’s look forward to getting together again as a chapel family.'”

Each day, Worrell is still ministering to soldiers through a ministry of presence. But that ministry now involves a new normal, with Worrrell “providing socially distanced and virtual counseling,” he says. 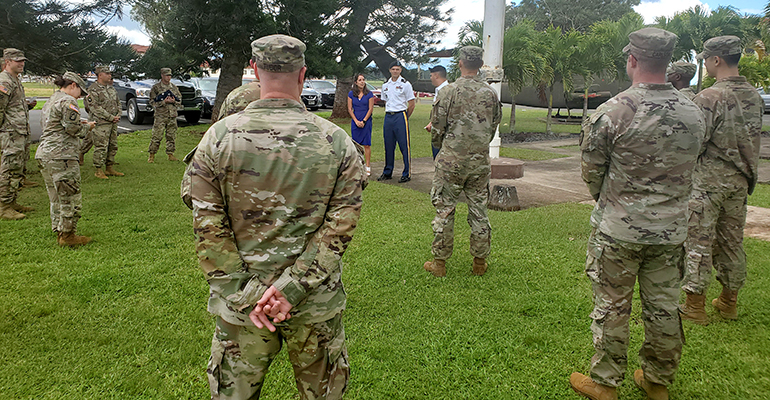 During a promotion ceremony at Wheeler Army Airfield, officers stand six feet apart instead of in their usual formation.

Next post A New Normal for Ministry of Presence