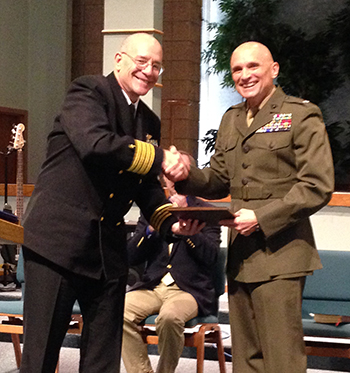 Gasser enlisted in the Marines in 1974 and later became a warrant officer serving as an infantry officer in the Marine Corps Reserves. A graduate of Northwest Baptist Seminary and Dallas Theological Seminary, Gasser was ordained and then transferred to the Navy Reserve to serve as a GARBC-endorsed chaplain in 1988. During his time in the Navy Reserve, he spent 21 months forward-deployed in support of the Global War on Terror.

Gasser and his wife, Teri, live in Manhattan, Kansas, where he serves as the pastor of Grace Baptist Church.